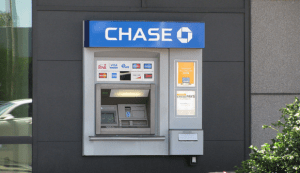 Just the other day I posted a blog about  “How to avoid being robbed at the ATM.” During my research of this topic I watched many different videos online and this one struck me as one we could examine and break down for others to learn from. The woman in this video was very brave and she should have no negativity sent her way.

The attacker is to blame for taking advantage of another persons good will and generosity. With that said I want to make it clear to everyone. Do not open a door in a closed ATM Room if the other person does not have a key. Do not hold the door for someone, make them get in with their ATM card.

Take a moment and watch the video below. I’ll have some commentary underneath the video of this ATM robbery caught on tape.

As you noticed in the above video the first mistake is made when the woman lets the guy in the door. He harmlessly stands around waiting for and ATM to open while on the phone (or pretending to be). As he stands there he watches both people, the other guy in the room looks back at him several times. While the woman stays focused on what she is doing.

As the other man leaves the ATM room the perpetrator watches to make sure he heads away, notice how he doesn’t move right towards the other ATM. This is a cue that something is wrong, unfortunately the woman is not staying aware of her surroundings.

The moment the robber is sure she is alone and unaware, he attacks trying to take her money. She does offer him quite a fight. Fighting back has to be a personal choice and while it can often save you, it does come with it’s own risks. But this jerk has already placed her in a risky situation by the way he attacked her.

I have to say that she is on the Self Defense 101 hand book. She heads for the door as soon as she has the opportunity. If you choose to fight back, make sure that choice has one goal, attack until you can safely retreat.

As was mentioned in the video we do offer a full line of personal security and self defense weapons for you. Be it a pepper shot pepper spray, a Li’l Guy small stun gun, a Taser Pulse or even a mini key chain personal alarm.