It’s a scary world we live in when a child abductor can be so boldly and brazenly attempt to kidnap a child in public, during the day and while the mother is trying to violently resist his attempts.

While, I applaud this mother for her tenacity in resisting and stopping this attempted kidnapping in a Dollar General, I can only ponder how differently this may have went if she had some pepper spray to deploy against the attacker.

Below is the video of this attempted kidnapping in the dollar general and after that is the article from Fox News. Watch it, share it and always be on the alert of sicko’s like this that are out there!

A terrifying attempted kidnapping was caught on camera, and it will send shivers down any parent’s spine.

Shocking surveillance video captured at a Dollar General store in Hernando, Florida, shows a man grab a 13-year-old girl who was shopping with her mother.

The man runs for the exit with the girl in his arms, but the quick-acting mother is able to catch up and grab her daughter.

After several intense seconds of a “tug of war” for the girl, the man gives up and exits the store.

According to reports, the store manager yelled as the man tried to flee.

Behnen used his patrol car to block the suspect’s vehicle, pulling out his service weapon and ordering the man out of the car.

30-year-old Craig Bonello was arrested at the scene and faces charges of kidnapping and child abuse.

The mother and her daughter, although very rattled, were not injured in the scary close call.

Both the mother and Behnen have been praised by authorities for their quick thinking.

“In my 10 years on the road, I have never seen anything like this,” Sgt. Craig Callahan said in a statement from the sheriff’s office. “He truly intended to abduct this child right in front of everyone in the store.”

“Thank goodness the girl’s mother jumped into action to prevent this man from kidnapping her daughter,” sheriff’s office Commander Buddy Grant said in the statement. “And thank goodness Dep. Behnen used his training and experience to stop this man from escaping.” — Original Source Article 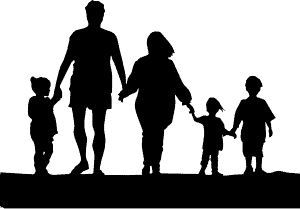 It absolutely amazes me that when there is such evil acts, especially toward children, there are so many different States and even the Federal Government are trying to remove the right to self defense from the individual.

This brave mother is the one who reacted and saved her daughter. The brave police officer, who was off duty, reacted after the fact to arrest this bozo and get him off the streets.

We need to be responsible for some own on personal protection and security. Carry Pepper Spray, buy a stun gun or use a personal alarm. Have something that you can use to protect you and your family should the need arise!