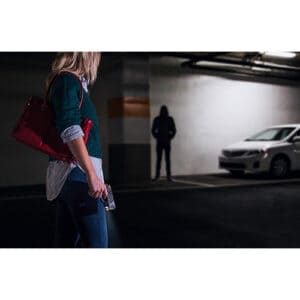 According the the U.S. Supreme court’s ruling today (see details below) stun guns may very well receive the same protection as firearms under the second amendment of the U.S. constitution.

The Supreme court ruled unanimously in the favor of a woman from Massachusetts, who had been convicted of carrying a stun gun for protection from a violent person. A restraining order had proved of little help in keeping her safe.

I personally think it’s great that the courts are beginning to recognize the importance of these types of less than lethal small self defense weapons. 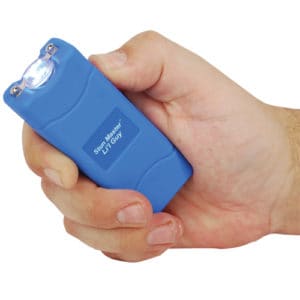 Not everyone is comfortable carrying a firearm and if you are not willing to embrace such a lethal type of self defense, you are better off not having one.

Firearms are great defense weapons, I have my own, but if you don’t train and understand how to properly deploy your weapon, it can become a liability.

There are times when opening fire to protect yourself can put innocent people at risk. Using a less than lethal self defense weapon like a Personal Taser gun or flashlight stun gun keeps others safe.

Besides deploying one of these types of stun devices first can give you time to draw your firearm if warranted. I look forward to how this ruling plays out in future months and years.

Below are some of details concerning the U.S. Supreme Courts’ Ruling on Stun Guns.. 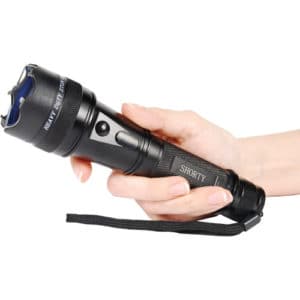 The justices said the state court’s reasoning couldn’t be squared with the landmark 2008 Heller v. District of Columbia decision. The Supreme Court said that, under the Heller ruling, weapons can qualify for Second Amendment protection even if they didn’t have a military use and weren’t in common use when the amendment was enacted.

“The explanation the Massachusetts court offered for upholding the law contradicts this court’s precedent,” the Supreme Court said. 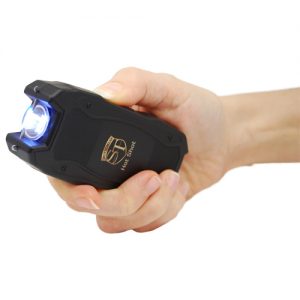 Alito said Caetano obtained the stun gun only after court-issued restraining orders failed to protect her from the ex-boyfriend.

“By arming herself, Caetano was able to protect against a physical threat that restraining orders had proved useless to prevent,” Alito wrote. “And, commendably, she did so by using a weapon that posed little, if any, danger of permanently harming either herself or the father of her children.

Five states, including New York and New Jersey, and more than a dozen cities and towns ban the possession of stun guns, according to Eugene Volokh, a UCLA law professor who filed a brief urging the high court to review the case. He said he was “pleasantly surprised” by the summary reversal.

“It does seem that the court is willing, at least in certain kinds of cases, to uphold the right to bear arms.” — Read More