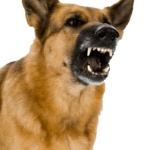 Time and time again I have posted about the importance of carrying a dog attack defense weapon for your personal safety and security. There are a lot of nay Sayers out there that will dispute the effectiveness of such devices, but when you look around and see that dog attacks on the rise, it seems logical to have something to use if you are places where a dog could be loose.

Now I will be the first to admit that having such a defense weapon for when a dog attacks is not a guarantee that you won’t get bit. Yet with a little preparation and practice you can possible avoid a full on attack.

I came across a video and article about a nanny who stepped in between a vicious dog attacking a young boy she was in charge of. She is a real hero and may have very well saved the little boys life.

This video shows you first the quick thinking of this nanny and the damage that a dog can do when attacking. Watch it and let us know your thoughts.

In a CBS4 exclusive interview, Sharon Molloy said she continues to do occupational therapy and has scars on her arms and legs “that will probably be with me for a lifetime” from the dog attack last August.

Molloy was babysitting at a home in Genesee, when the neighbor’s dogs got loose and ended up on the family’s porch. She and the children went outside in attempt to return the dogs, a male and female Briard…

“He went up on his hind legs, almost looking like he was going to say hello,” she said. “He went down and took the boy and just started mauling him.”

Three-year-old Jack Melichar was badly bitten and would need 36 stitches. But, Molloy got the worst of it when she jumped into the fray to save him. — Read More

As is mentioned in the dog attack video above, attacks from dogs or on the rise across the country. This is due to a population surge, a decline in spaying and neutering and an increase irresponsible dog owners.