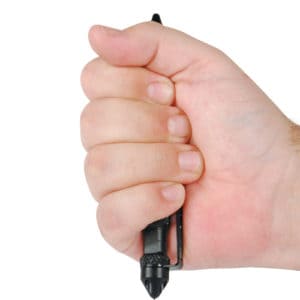 The very name of the “tactical pen“ probably puts you in mind of thrilling spy adventures. Your brain leaps to exotic ideas. Didn’t James Bond’s pen shoot poison darts? Exploding pellets? Acid? Could you really use such a device yourself?

Well, the reality of the tactical pen for self defense isn’t quite so cinematic. The device is definitely useful for increasing your personal security, though.

What is a Tactical Pen?

What a tactical pen really is, is a writing tool that’s been specifically designed to serve double duty as a usable survival weapon. This is not a new idea; Takayuki Kubota invented a similarly-sized self-defense tool in the 1970s, the perennially popular Kubotan.

What is a Tactical Pen Used For? 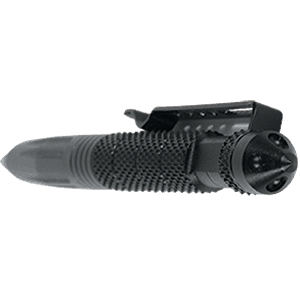 A tactical pen needs a blunt end that can be used for dedicated strikes or for exerting control over an assailant by taking advantage of his pressure points. The blunt end of the pen makes it possible to take charge of a dangerous confrontation without doing any lasting physical damage.

The writing end of the tactical pen has a pointed cover over it’s writing implement that also makes it a potent weapon. When applied to the same pressure points mentioned above, it will generate intense pain.

With greater force, it can be used as a stabbing weapon. Wielding it with your thumb on the blunt end can give your blows considerable force, and this kind of action can be debilitating if aimed at the body’s weakest points (e.g. the throat or eyes).

Are Tactical Pens Worth It?

Now at this point, you should be thinking that an ordinary pen — or indeed any similarly-shaped object — would make a similar self-defense weapon. This is true, an ordinary pen would have the same effect — once. 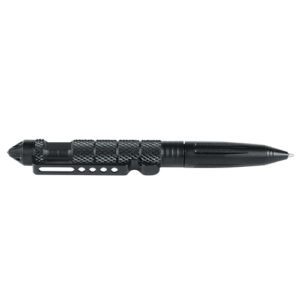 In order to make this scenario as unlikely as possible, the majority of tactical pens are made out of nigh-indestructible materials, such as aircraft-grade aluminum.

Personally, I feel that a tactical self defense pen is an indispensable part of your survival loadout. It gives you a viable (and unexpected!) way to defend yourself in virtually any situation.

Why Carry a Tactical Self Defense Pen? 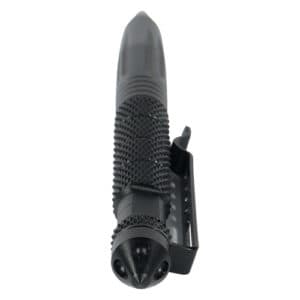 Speaking of unexpectedness, that is one of the tactical fountain pen’s greatest advantages over any other form of legal self-defense tools. They pass unnoticed through virtually any sort of security sweep. More importantly, they leave you with a trustworthy survival tool close at hand (in your pocket, in your checkbook, on your tablet) no matter where you’re going or what you’re doing.

I’m not the only one in the self-defense community that’s seen the appeal of these useful small self-defense tools. Tactical defense pens are becoming exceptionally popular due to their take-anywhere nature. I firmly believe that choosing a tactical pen to replace the ordinary writing tool in your day-to-day personal carry is one of the smartest decisions you could make.

Where to Buy a Tactical Pens?

By now you are most likely interested in buying your own tactical self defense pen, if so click here!